Is Whistling Arrow's Yading 'Big Kora' Expedition The Most Beautiful Trek In China?

Honestly. We think so.

Whistling Arrow originally recced the Yading 'Big Kora' several years ago now and, while things are starting to change on the ground, it is still, in our humble opinion, the most scenically spectacular one week trek in western China/eastern Tibet.  We have successfully completed four commercial expeditions in recent times, three in the month of September and one in June, so we have become something of an expert on this exceptional, esoteric adventure.

The challenging trek takes six to eight days in total and climbs through forested hills to a mountain sanctuary that is stunningly beautiful. The circular route also crosses a number of high altitude passes (the highest being 4,900m), through valleys dotted with wild flowers (including the fabled Himalayan Blue Poppy) and yak herders huts, to witness crystal clear, glacier-fed lakes and mountain views that simply take your breath away.

Approximately 6000m in height, the three sacred peaks are situated in the Ganzi Tibet Autonomous prefecture in western Sichuan and were sanctified in the 16th Century by the fifth Dalai Lama. Local Tibetans revere them as emanations of the three bodhisattvas of Chenrezing (compassion), Jampayang (wisdom) and Chanadorjee (power) and believe that embarking on the ‘kora’ that encircles their majestic, snow-capped summits helps to accumulate merit and purify negative karma.

The trek also has an interesting backstory involving Joseph Rock, the famous Austrian-American explorer and geographer, who first ‘discovered’ the sacred mountains of Yading in 1928. Inhabited at the time by murderous Tibetan bandits, he romantically labeled them the ‘holy mountains of the outlaws’. An extensive account of his travels in the region was published in the July 1931 issue of National Geographic and gave the outside world its first jaw-dropping glimpse of this incredibly beautiful ‘Shangri-La’. Indeed, it is possible that fictional paradise written about by James Hilton in the 1933 novel ‘Lost Horizon’ was inspired by these amazing images.

Here are some of our own images, which we hope, will also help to inspire.

* Please note that while we have no plans to run a fixed-departure Yading Big Kora trek in 2018 we are still able to customize this adventure for pre-arranged groups of at least 4 people. Additionally, we are also be running an a new expedition in the region in October 2019, details of which, can be found by CLICKING HERE* 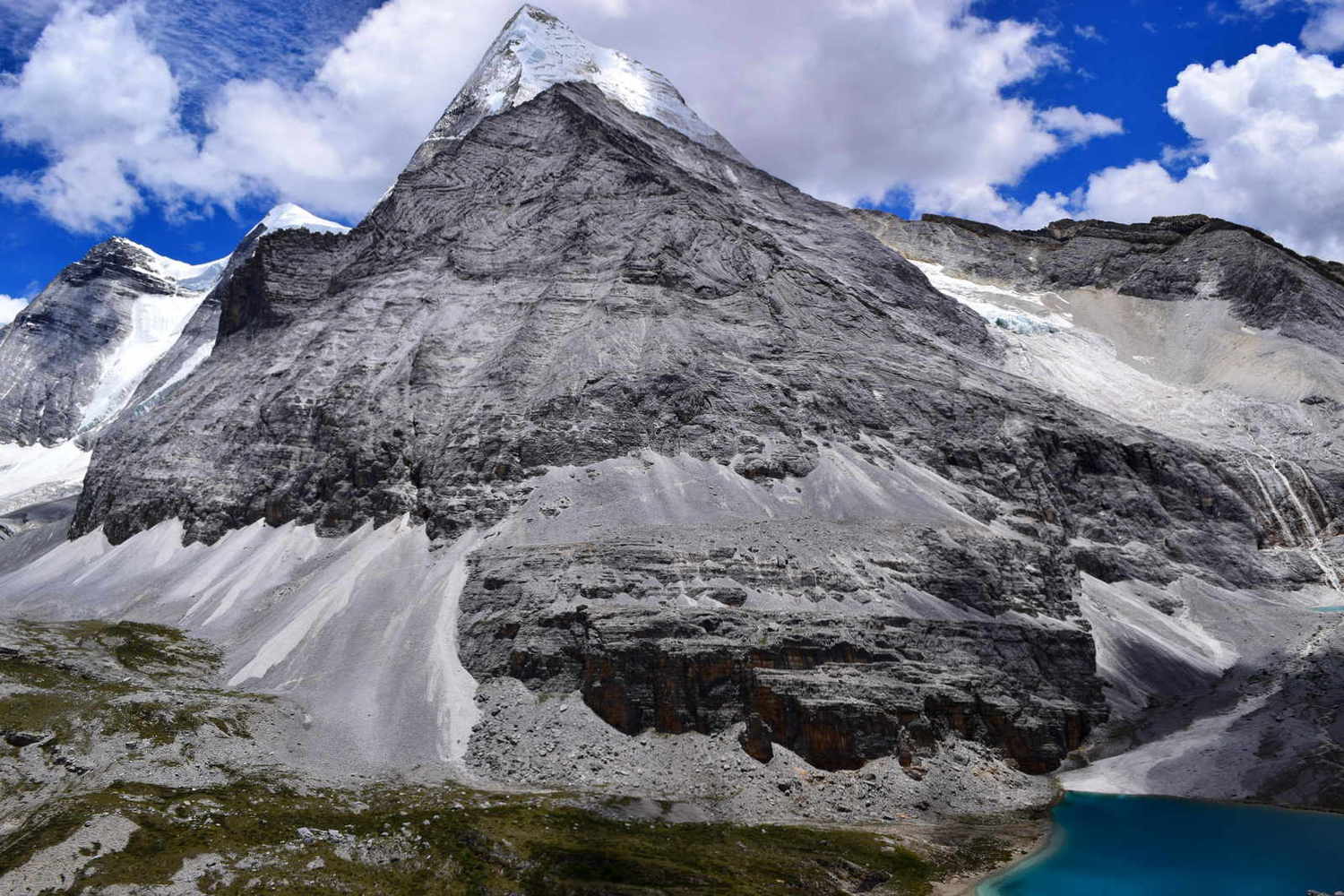