A Trekking Expedition Into The Altai Mountains Of Western Mongolia

We have designed, managed and lead multiple expeditions into the Altai mountains of western Mongolia over the last few years and the remote region remains one of our favourite destinations. There are very few places in Asia that quite give you the same boundless feeling of open space and big sky and so we continue the hunt for new adventures. One of the most promising areas is an untrekked (previously restricted) range along the China border to the south east - so stay tuned.

In the meantime, here are some photos of our twist on a classic expeditionary route in Altai Tavan Bogd. The adventure took place in late August (the best time in our opinion) and began with a beautiful drive across the steppe to a ger-stay with Shohan - the eagle hunter - and his family where we rode horses and helped to round up his flatulent flock as the sun set over the snowy peaks. With typical, nomadic hospitality we then feasted on mutton, fermented mares milk (it's stronger than you think) and wild berries.

The following day we passed a number of ancient Turkic stone statues and pre-hictoric petroglyphs before camping at the mouth of Baga Turgen. From our campsite, we trekked up to a spectacular lookout with stunning views of across the spectacular terrain that would provide the epic backdrop to our forthcoming adventure; an untouched, wild frontier where seas of grass baked golden by the sun morph into snowy peaks and sweeping glacial valleys.

And so, armed with special permits, we trekked into two 'hidden valleys' to unearth parts of the beautiful landscape known only to local Tuva and Kazakh hunters, including one high altitude lake where we caught a fleeting glimpse of an Altai bear and her two cubs. Traversing the Altai, the expedition then culminated in a hike up the largest glacier in the country and an awe-inspiring 4000m panorama, atop Malchin Peak, over China, Russia and Kazakhstan.

*Please note that for groups of at least four people, we are happy to design customized treks in the region for pre-arranged groups of friends and families. 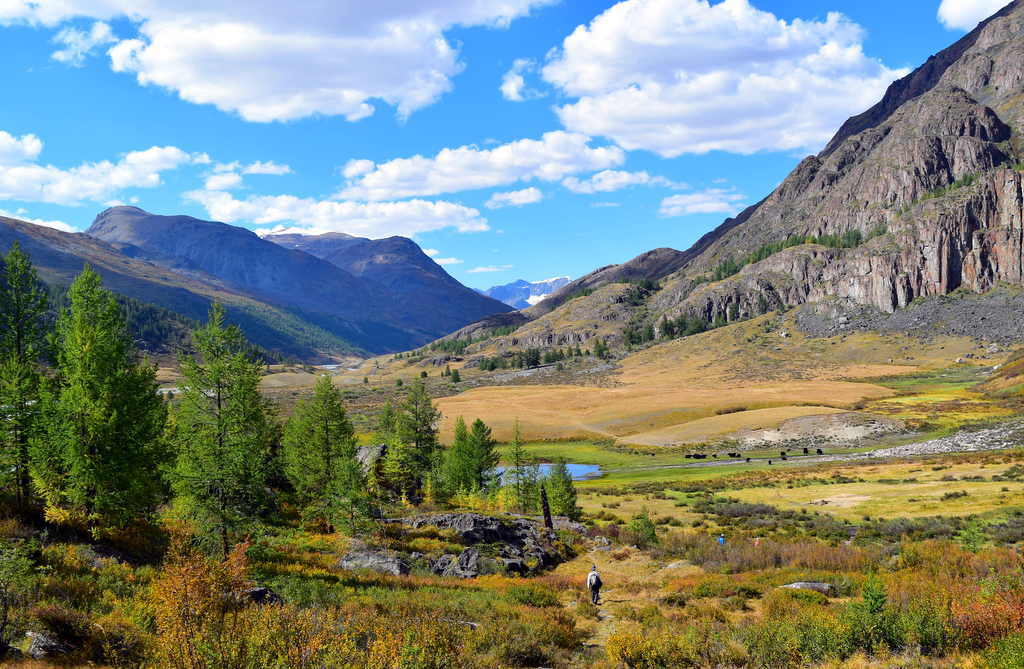 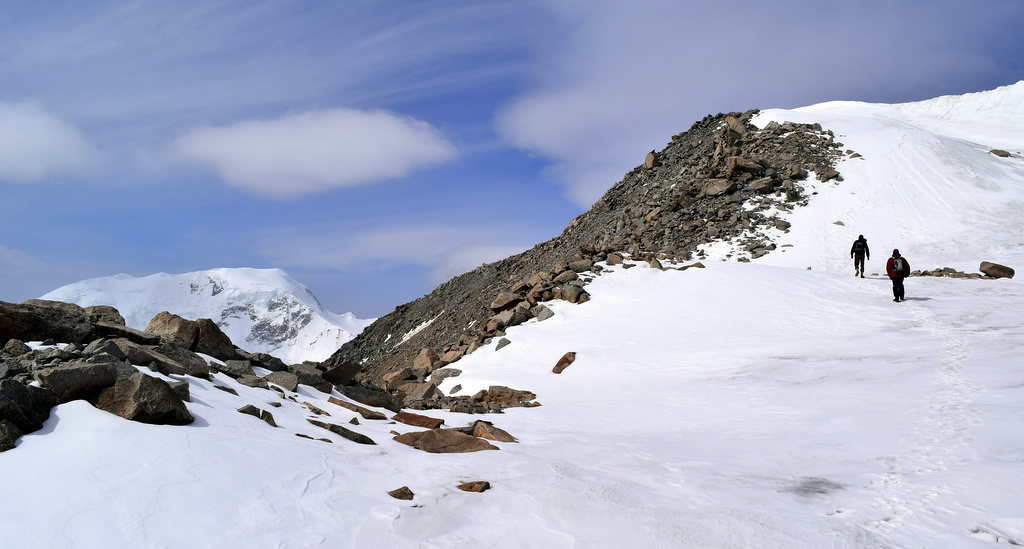